Is Polyamory Right for You? 8 Questions to Help You Decide

This article was originally published on Lelo’s blog, Volonté.

As polyamory and other open relationships options become more visible, more and more people are wondering if that could be the right choice for them. And for a good reason: Poly is really not for everyone (nothing sexual ever is, really): It’s socially stigmatized, emotionally more complex, and logistically more complicated than monogamy.

But how do you decide whether you’re the kind of person for whom the benefits of consensual non-monogamy would be worth the added complexity, and that you’re not getting yourself into something that’s doomed to fail? Here are eight research-supported questions to help you make that decision. 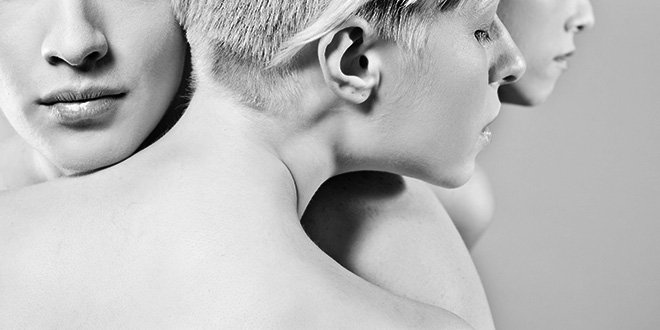 1. Do you actually want an open relationship?

This seems like a dumb/obvious question, but too often people get into open arrangements even though they don’t actually want them. Despite what some popular poly proponents argue for, not all humans are equally non-monogamous. It’s more accurate to think of the desire for non-monogamy as a personality trait, akin to extroversion: Some people are very extroverted/non-monogamous, some people are very introverted/monogamous, and most are somewhere in between. So spend some time figuring out where you lie on this continuum: Is having multiple sexual and/or romantic partners at the same time something that sounds at least mildly exciting or beneficial? If the answer is a resounding “no,” then open relationships don’t have much to bring to your life.

2. Is your relationship stable and happy?

If you’re currently in a monogamous relationship and considering opening it up, make sure that it’s a solid relationship. Do you and your partner love and appreciate each other, feel very close and connected to each other, believe you have a pretty good life together, and have no desire to break up? Trying consensual non-monogamy because you’re hoping to save a failing relationship or secretly hoping to get out of one is a recipe for disaster.

3. Are you an enthusiastic sex and relationship communicator?

There’s a lot of talking about sex and relationship stuff in open relationships that often doesn’t happen (though it should) in monogamous relationships. You need to talk to establish you want to be open; to determine your and your partner(s) needs, desires, and limitations; to decide on the specific rules/agreements; to check in with each other on a regular basis about how this arrangement is working out, to occasionally change the rules/agreements; to deal with unexpected events, conflict, jealousy, anger…, you get the point. Some people don’t like to talk much about this stuff, or don’t have very good communication and listening skills. If this is you, trying to have an open relationship will seem like way too much work to be worth it while putting your partner(s) at high risk for emotional and physical hurt.

Like with most traits, humans vary on how jealous they are. It’s a common misconception that you need to be completely impervious to jealousy in order to do poly successfully. That’s certainly not true as most people in open relationships do occasionally experience jealousy. But the less jealous you are by nature, the easier it is to handle open relationships. If you’re a particularly jealous person, chances are polyamory will be far more trouble than it’s worth.

5. How anxiously attached are you?

Think about how you usually are in romantic relationships. How well do the following three statements describe you? “I worry that romantic partners won’t care about me as much as I care about them,” “I need a lot of reassurance that I am loved by my partner,” “I often worry about being abandoned.” If these feelings are very typical of you, you most likely possess an “anxious attachment style,” meaning you are overly sensitive to cues that your partner doesn’t care about you or will abandon you. For obvious reasons, this attachment style is not well suited for open relationships. Indeed, recent research shows that anxiously attached people in open relationships were less satisfied with their relationship than anxiously attached people in monogamous relationships; relationship satisfaction, on the other hand, didn’t differ between the open and monogamous couples if the partners were low on attachment anxiety.

6. How cognitively flexible / tolerant of ambiguity are you?

Establishing rules or agreements for who, when, how, and where it’s OK for you and your partners to see other people is a critical component of successful open relationships. But these agreements are not always entirely black or white, nor are they forever set in stone. It is therefore just as important—if not more important—that you can absorb a minor transgression stemming from differences in interpretation of the grey areas without it destroying your relationship or your attempt at non-monogamy, and that you remain open to your relationship rules changing over time. Some people find this easier than others: They react to new and ambiguous situations in an open or neutral way (a trait psychologists call “tolerance for ambiguity”), and they easily adjust their thinking in response to changing goals or situations (a trait psychologists call “cognitive flexibility”). Other people perceive new and unfamiliar situations as a threat, need certainty, and prefer rigid and unchanging rules. The more tolerance for ambiguity and cognitive flexibility you possess, the easier it will be to deal with the fluid nature of consensual non-monogamy.

7. How well do you regulate your emotions?

No matter how much you communicate, plan, and stick to your agreements, consensual non-monogamy adds a level of complexity to a relationship where negative emotions are bound to get provoked: jealousy, anger, fear, insecurity, disappointment…. Some of us are better at dealing with these negative emotions in constructive ways, for example by recognizing and avoiding situational triggers, cognitively processing the events and reinterpreting their meaning, distancing ourselves from the situation to take a more clear-headed perspective, using good-natured humor to deflect the negativity, keeping ourselves distracted, and delaying acting until we’ve “cooled off”. Other people are not particularly good at emotional regulation, allowing negative emotions to overpower their thinking and actions, leading to violent outbursts, incessant worry and rumination, self-destructive behaviors (like substance use), or long-term suppression.

8. Do you have a supportive community?

Despite increased recent visibility and positive portrayals of polyamory in the media, this is an alternative relationship lifestyle that is still highly stigmatized, with most people holding all sorts of negative stereotypes of open relationships and the people involved with them: diseased, immoral, unhappy, selfish… While you may think that friends’ and parents’ opposition to your relationship is kind of romantic and will make it even stronger (Romeo and Juliet, right?), research shows that people who have to hide or feel marginalized due to their romantic relationships experience worse physical health, more substance use, less consistent condom use, lower self-esteem, as well as lower commitment to the relationship. So if you’d like to try out polyamory, make sure you have at least some friends and family who can support you.